Monkey Moto School is a small, independently owned and operated org based in San Francisco, CA. We are staffed by a few passionate motorcyclists who are excited to share their knowledge and experience. There is no corporate HQ and operators are not standing by but we do promise to make any waiting for your lessons well worth it.

We recognize that every individual learns differently, that motorcycle and scooter training necessitates significant detail, amply practiced in order to reach the level of confidence required for street proficiency and that the state-offered Basic Rider Courses generally fall short in these areas.

We want you to immediately be good at those skills which took us years to develop on our own.

Check out our nice coaches below, look through the website for answers to just about every question you can think of and let’s get you riding! 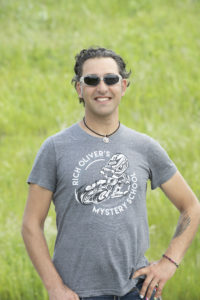 Evan has been riding and loving motorcycles for about twenty five years. He enjoys all types of bikes and works to improve his abilities through a variety of experiences plus year-round saddle time. These include commuting in San Francisco (every day is a new adventure), riding sport tracks and dirt trails, traveling to some cool places around the world and definitely hitting the beautiful roads of northern California. 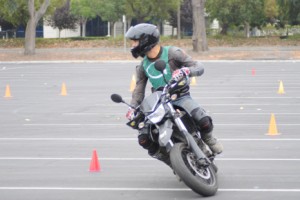 Back around 2007 Evan started Monkey Moto School pretty randomly after helping a few friends with their riding skills. It became clear that coaching riders wasn’t a huge methodical departure from teaching health and fitness (Evan’s other career) even invoking yogic and sports mentalities which greatly aid people to understand motorcycling on a deeper level.

Now, about 15 years later, Evan has worked with hundreds of novice and intermediate motorcyclists and continues to develop the curriculum so that Monkey Moto School can offer the very best training possible. 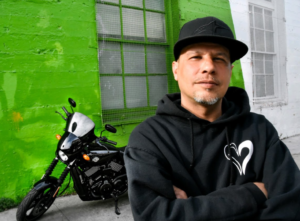 Jason Vieira comes from a family of motorcycle enthusiasts and was riding on the back of his dad’s bike at the age of 2. His father, a police motorcycle instructor in Massachusetts who also taught for the Motorcycle Safety Foundation got Jason into riding early on and he had his first bike by age 7. He’s been riding and working on bikes ever since.

Now in his mid-forties Jason brings a lifetime of experience along with an easy smile and calming presence to Monkey Moto School. Asked what draws him to teaching he quickly responded that he feels pretty lucky to have received excellent training from the very beginning and wants to pass on the same solid foundation of skills to others straight out of the gate.

Additionally, he is looking forward to expanding his own exposure in working with the diverse population of excited new riders here in the SF Bay Area.

If you actually know Tuula you get why this is a very silly (though possibly true) statement. No question, at first glance she appears like a quintessential rocker chick – and yes, she does sing in a rock band! – but your first moment of contact will reveal the brain of a passionate and concerned motorcycling mentor with a mountain of experience to share. Tuula has traveled the globe to ride and probably knows every fun Bay Area back road intimately. She has several years of coaching under her Slayer belt and you can have full confidence that she will turn you into a very capable motorcyclist in addition to offering her library of insight that may literally save you years of figuring it out on your own. We are incredibly blessed that Tuula decided to leave Canada and come to our corner. You will be too.

One of Evan’s besties has been calling him “Monkey”  for many years because, according to her, he embodies a playful monkey spirit, energy -and occasionally mannerisms. It further turns out that Evan was born in the Chinese year of the monkey. And finally, in researching the Hindu monkey god Hanuman there seem to be some significant character likenesses. Monkey Moto School just kind of made sense.